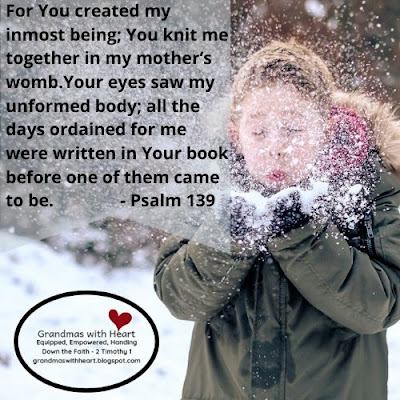 Have you ever heard of an Immortal Jellyfish? I have not until yesterday when I was reviewing the 2020 VBS from Answers in Genesis (for decades I have reviewed VBS from most of the publishers each January on my Children's Ministry blog, so they send me their VBS kits each year for my reviews.) Each day of VBS, Answers in Genesis uses a different animal to help teach apologetics to children - and they do an excellent job of this.

Day Four of their VBS they introduce children to the Immortal Jellyfish. In their "Islander Assembly" book, they say; "Have you ever seen a jellyfish? How about a jellyfish which is only able the size of an adult's pinky fingernail? That's the Immortal Jellyfish, an intriguing creation from God. This amazing animal is called 'immortal', because it has the incredible ability to live forever if not attacked or diseased. When it becomes an adult, it reverts back to the infant stage - over and over again. It doesn't die of old age. Of course, this is an awesome reminder of how our souls are immortal and we will live with God forever someday if we admit, believe and forever receive the Lord." They go on in their closing assembly to share how the Immortal Jellyfish shows God's amazing creativity and how this creativity has allowed this tiny jellyfish to survive and thrive in waters all over the world.

You will find out additional information about the Immortal Jellyfish at this link, but just think about the following information - and be sure to share it with your grandchildren/children . . . 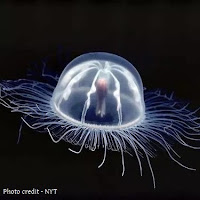 God's creation shows us His handiwork everywhere we look - it is there for us to see if we just open our eyes. Help your grandchildren and children develop eyes which see and hearts which are quick to praise God for His amazing creation.