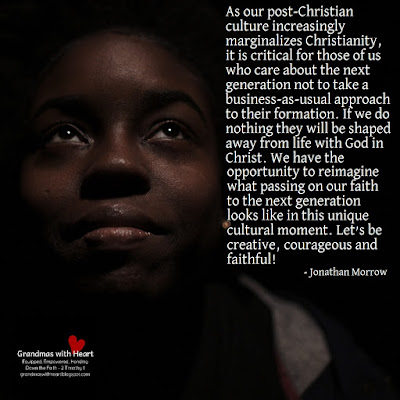 Yesterday I wrote about the Gallup Poll which released just before Easter this year. It shows only 47% of people in this country are members of a church/consider it an important part of their lives. Twenty years earlier it was 70% and now for the first time ever we have dropped below 50% of the people. If things continue as they have for the past twenty years, what do you think it will be like in twenty more years?

In Europe 22% of the people say church matters to them in a study by the Pew Research Center (you will find it at this link) and of those people most are non-practicing Christians. "In the United Kingdom, for example, there are roughly three times as many non-practicing Christians (55%) as there are church-attending Christians (18%)" who attend services at least once a month. And, "Although many non-practicing Christians say they do not believe in God 'as described in the Bible,' they do tend to believe in some other higher power or spiritual force." "Several countries in Western Europe have been collecting census data on religion for decades, and these data (from Austria, Finland, Ireland, the Netherlands, Portugal and Switzerland) indicate that the percentage of the population that identifies as Christian has fallen substantially since the 1960s, while the share of the population that does not identify with any religion has risen. More recent data collected by the European Social Survey (ESS) since 2002 show a continuation of the long-term trend in some countries. Christianity has experienced relatively rapid declines in Belgium, Finland, Ireland, the Netherlands, Portugal and Spain. But in the nine other countries included in the Pew Research Center survey, the ESS finds the share of Christians has either been relatively stable or has declined only modestly, suggesting that the rate of secularization varies considerably from country to country and may have slowed or leveled off in some places in recent years." Europe is also the area with the highest suicide rate - according to the WHO.

We all know how the things which happened in Europe with Covid were the things which happened here in the USA not long after. If we look at where Europe is in relation to church, Christian beliefs, etc., we are able to see where the USA is heading. Church and faith will be very different for our grandchildren than it was for us if the church, parents, and grandparents do not step up and make some changes, and make them now.

Our churches need to equip parents and grandparents so they are able to hand down confident faith. They also need to stop running their Children's Ministries the way they have for the past twenty years - clearly it is not working. They need to ask publishers to provide resources for parents and grandparents, AND for the church which not only equip them to teach what they believe, but why they are able to believe it. If they continue to do what they have been doing, in twenty years there will be very few children there for them to work with.

Parents and Grandparents must be focused upon handing down a confident faith. They need to be the primary people who teach the children they love what they believe AND why they are able to believe it. The price is far too high if we do not do this. Continuing as we have at home and at church will only result in the USA becoming like Europe. Take action today!